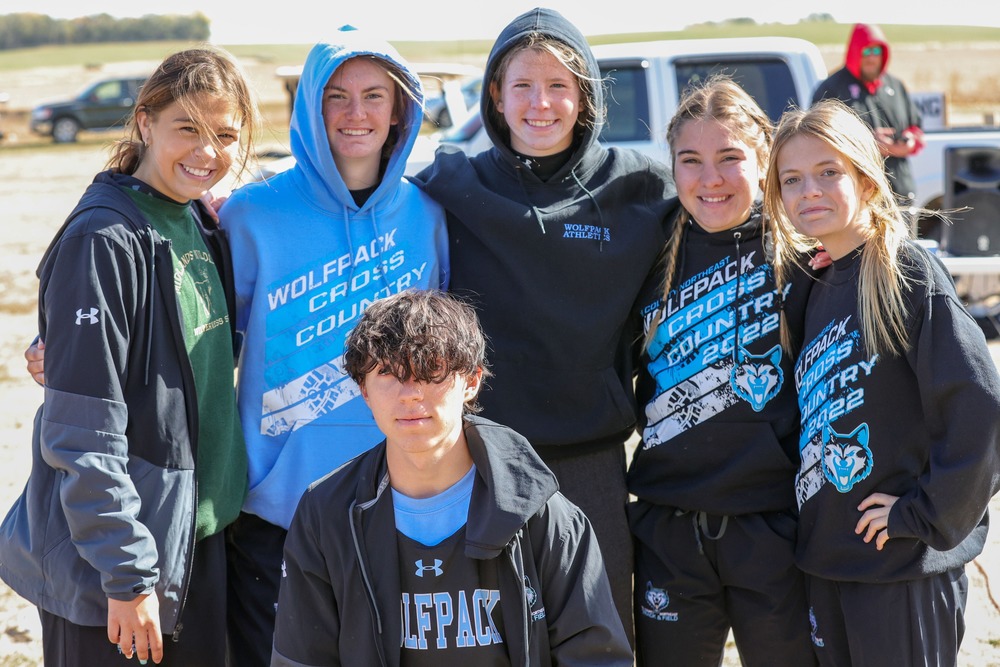 A stiff northwest wind at 30 miles per hour, coupled with 50-degree temperatures made conditions challenging on Thursday, October 13th at the Twin Creeks Golf Course in Pender.

The upstart Wolfpack had aimed at a possible team qualification, but came up short, finishing fifth in the 18-school event.

Alejandra Hermosillo, fell just short in a season best time of qualifying for the state meet finishing 17th.  Hermosillo’s time of 23:10 was three seconds short of a trip to Kearney.  Hermosillo missed 16th place by three tenths of a second.  Tremendously gritty effort by a freshman.

Bre Millard and Shantel Miller ran 30th and 31st respectively.  Jenni Olson was 37th in the field of 49.

With year one behind the Wolfpack, only good was produced, and looking to the future with no seniors on the squads this season, makes one wonder what will transpire in 2023.

“The athletes grew as individuals and improved as athletes this season.  Looking back where they started and how they ended wins the respect of the coaching staff.  The team was simply a privilege to work with and the success they as individuals experienced made the journey with them very enjoyable. There definitely were some memories made with the team.  Now, the team will have the opportunity to improve their abilities by having a summer program and coming in even more ready that they were this year.  It will be interesting to see what happens.  Thank you to the parents who came to meets this year.  It was nice to have support.   Good Luck Rhyanne at Kearney!!!   Congratulations from the COACHES!!!”