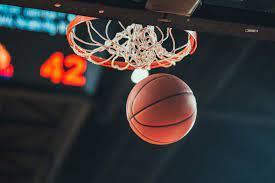 LCC came out on fire in the third quarter scoring their most points of any quarter while the Wolfpack shot 0 for 7 with their only points in that quarter coming from the charity stripe, Mica Tornez (So) went 3 for 4.  The Lady Bears pulled away with a huge 44-21 lead.  The Wolfpack in the fourth quarter shot 2 for 15 and was 3 for 7 from the free throw line.  The Lady Bears won by a score of 59-28.

I thought the girls fought hard at the beginning of the game, foul trouble had Brianna Bousquet on the bench for most of the second quarter which doesn’t help since we are short on guards on our bench.  For the second straight game, we found ourselves still in the game when entering the locker room.  But for the second straight game, we didn’t shoot well enough to keep us in it.  We need to keep working on our shots and next week we continue our road games at Hartington-Newcastle, then home against Winside Thursday and Ponca on Friday.